The Looff Carrousel is one of the oldest and best preserved hand-carved wooden carrousels in the United States and the old Expo ‘74 Beer Garden building was not adequate to protect it. The new building is beautiful, providing a much better public experience and preserving this treasure for generations to come.

The Looff Carrousel reconstruction was a collaborative effort by Walker Construction, NAC Architects, DCI Engineers, and the City of Spokane. The design was inspired by old music boxes that encased miniature carrousels in glass. This new structure surrounds the Looff Carrousel with an enclosure of glass panels to recreate the look of those old music boxes on a grand scale. Visitors to the attraction now have stunning views of the carrousel as they approach; patrons enjoy views of the river and park as they ride.

There are only 158 antique wooden carrousels left in the United States. Spokane's Looff Carrousel is considered to be very rare and is on the National Historic Register.

The new main structure is one of the few completely round buildings in Spokane. It's comprised of 12 structural pillars — each 28-30 ft tall and weighing approximately 15,000 pounds. These were pre-cast locally, trucked to our site and lifted into place.

The new building features “theatrical lighting” housed within a dome above the horses. This dome presents a light-show in order to delight and entertain people waiting to ride.

In this short video, you'll learn about the new Carrousel's unique roof structure … and some of the engineering that made it possible. The team at NAC Architecture knew that the carrousel would be seen from the higher floors of many downtown buildings. They designed a roof system that would be beautiful and distinctive when viewed from above … and would present a magical light-show when viewed from below. It's essentially a “roof within a roof” with a raised dome above the carrousel itself — which required some creative problem-solving on the part of DCI Engineers. The dome is finished with 40 wedges of ¼-plate treated steel, overlapping in an attractive spiral pattern. Walker Construction provided over 2000 lineal feet of weld (in one week) to complete it.

When the Carrousel first opened in Riverfront Park in 1975, one of the first groups to ride it were the kids from the Hutton Settlement. So, we decided to invite the Hutton kids to be part of the reconstruction. Many of them are considering careers in construction, design, and engineering … and we wanted to give them an opportunity to explore those fields through this project.

The Hutton Settlement emphasizes career readiness with a variety of programs designed to help their high school aged residents choose a field that fascinates and inspires them. Our goal was to compliment the Hutton model with some real-world experience.

Learn more about the HUTTON SETTLEMENT

When the Carrousel first opened in Riverfront Park in 1975, one of the first groups to ride it were the kids from the Hutton Settlement. So, we decided to invite the Hutton kids to be part of the reconstruction. Many of them are considering careers in construction, design, and engineering … and we wanted to give them an opportunity to explore those fields through this project.

The Hutton Settlement emphasizes career readiness with a variety of programs designed to help their high school aged residents choose a field that fascinates and inspires them. Our goal was to compliment the Hutton model with some real-world experience.

Learn more about the HUTTON SETTLEMENT

Why the Different Spellings?

The word “carousel” is spelled with one “r” in the United States but two “r”s in Europe. Since Charles Looff was a Danish immigrant, his attractions have traditionally taken the European spelling — carrousel. We've kept that spelling throughout our website for continuity.

Charles I. D. Looff was a naturalized American master carver and creator of carrousels and amusement rides. He built the first carrousel at Coney Island in 1876 and became famous for its unique style. He eventually constructed amusement parks across the US — including Santa Monica Pier — but only created 50 carrousels during his lifetime.

There is a widely circulated story that Charles Looff built Spokane's Carrousel for his daughter as a wedding present. However, it was originally commissioned by an electric trolley company known as Spokane Traction. This company was a subsidiary of Washington Water Power. Why would a trolley company buy a carrousel?  Income.  They wanted a carrousel as an attractive destination — an incentive for people to ride the trolley to Natatorium “Nat” park; which was to be the Carrousel's new home.

However, upon delivery in 1909, Spokane Traction could not pay the $20,000 price tag. Charles gave the Carrousel to his daughter, Emma, under the condition that she and her husband Lewis Vogel would be allowed to install it and operate it at Natatorium Park. Emma and Lewis proved to be so successful as “concessionaires” that they were eventually able to buy the entire park from Spokane Traction in 1929 … for the sum of $100,000.

The Carrousel has 54 horses and a Ruth & Sohn Band Organ imported from Germany. Each horse is a masterpiece — intricately carved and painted, and finished with real horse hair tails and over 1000 glass jewels. The early part of the 20th Century was considered the “golden age” of carrousels and the Looff became “Nat Park's” destination attraction.

By 1968, times had changed. Nat Park finally closed due to lack of attendance. The Carrousel was purchased that same year by the City of Spokane for $40,000, thanks in large part to supporters who succeeded in persuading the City Council that it would be a worthy investment. The City successfully revived and installed the Carrousel at Riverfront Park in 1975 in Expo's German Beer Garden building where it remained for more than 40 years.

As the age of the figures began to approach the hundred-year mark, an emphasis was placed on repair and preservation. The animals were placed in the care of artist and Looff Historian, Bette Largent. Bette's knowledge, artistic skill and passion for authenticity have returned the Looff figures to their original glory. Now, for the first time in her 25-plus years of caring for the Carrousel, Bette has the opportunity to have all the horses in her workshop for a thorough restoration. The result will be incredible.

It's said that a Looff Carrousel in California became Walt Disney's inspiration for Disneyland. It's easy to see why. Looff Carrousels are magical; extraordinary, mechanized artistic history. When our carrousel opens again in 2018, we hope it inspires you too. And brings you joy … whatever your age.

Gerry Sperling became part of the “Carrousel Family” as a young child of nine when her mother married Lloyd Vogel — heir to Natatorium Park and its Looff Carrousel.

It was such an extraordinary thing — coming to live at an amusement park. I was like, ‘wow.’ My stepfather, Lloyd (Vogel) owned the Park and started me working at the pop stand because it had a really low counter and I could reach everything and even make the popcorn.

Lloyd was such a generous person — giving out tickets, and doing lots of fun stuff. And he was so passionate about that carrousel. I remember him teaching me how to jump on and off of it while it was moving. There's a skill to it - I never really mastered it - except when I was with him.

I hope people realize what a treasure Spokane's carrousel is. It's absolutely irreplaceable. When you get on that horse, whichever one it is, you're riding a piece of history." 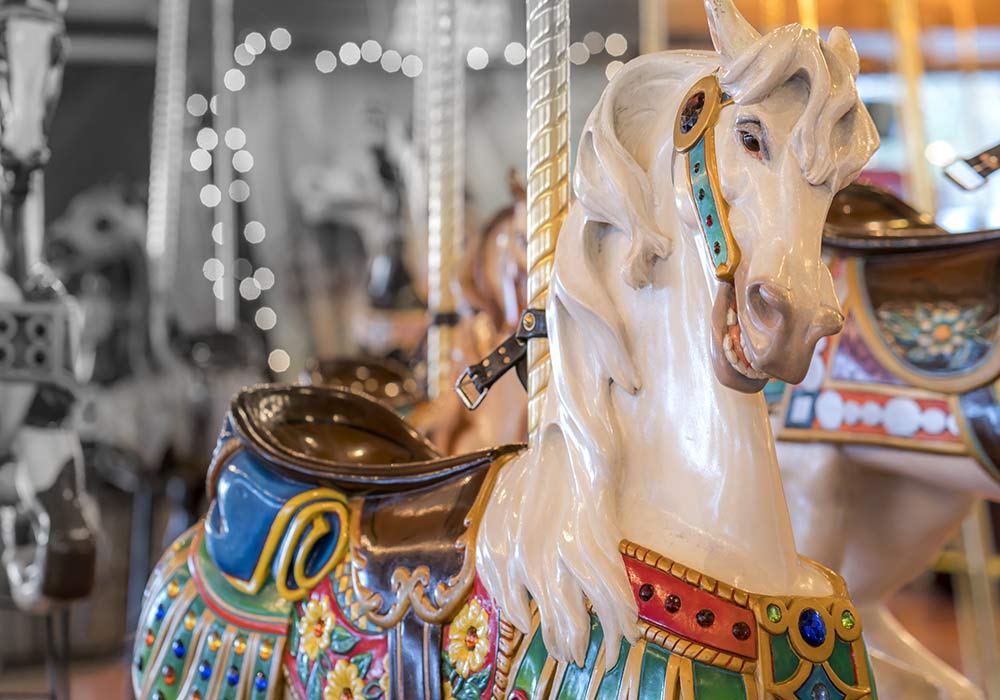 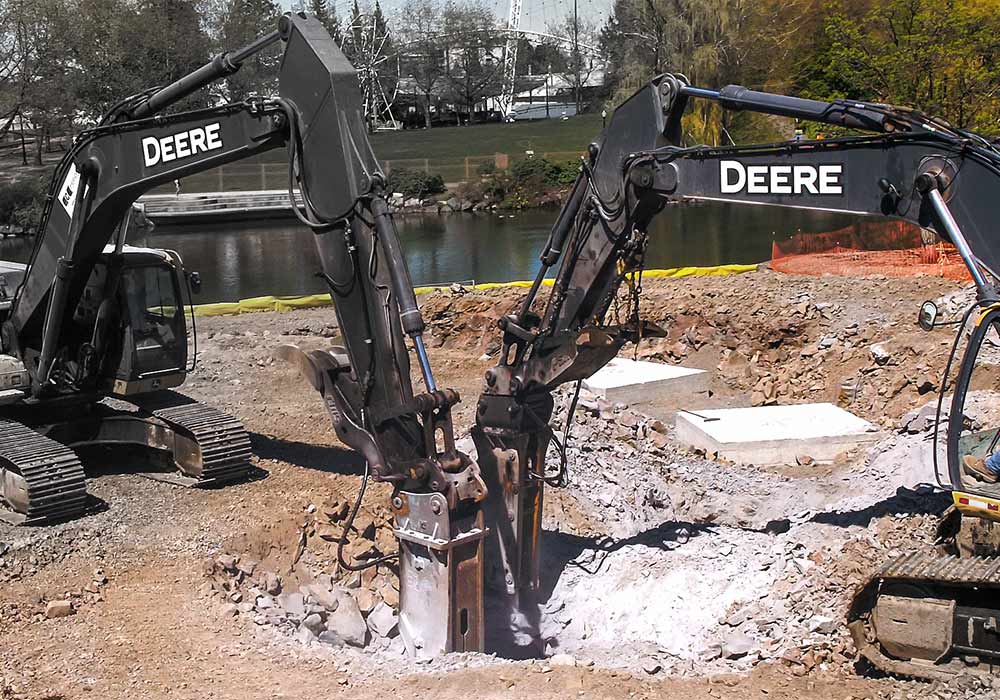 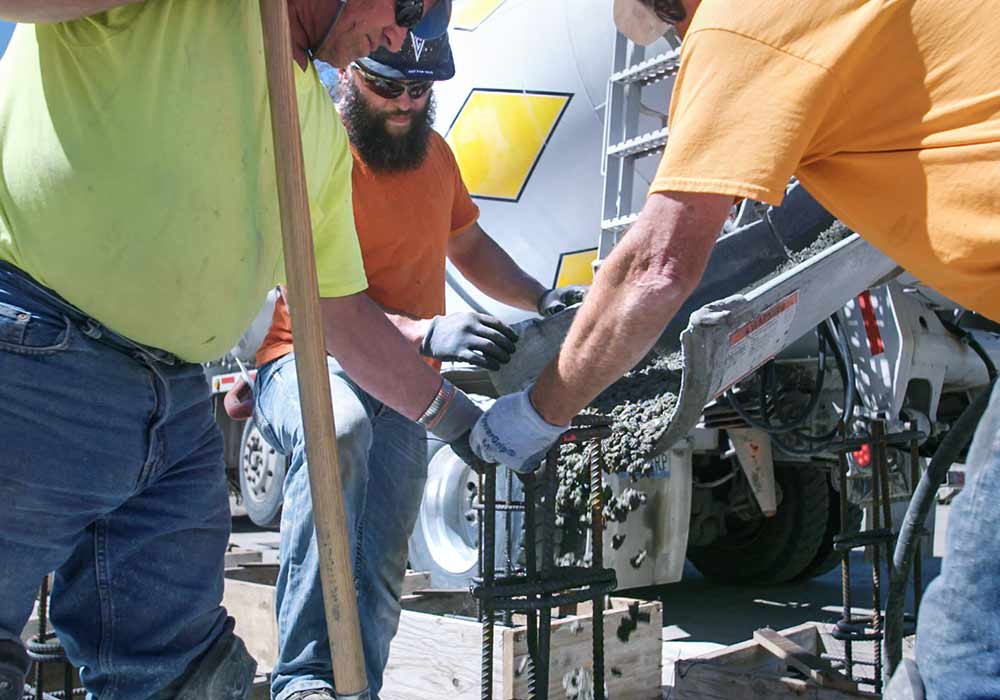 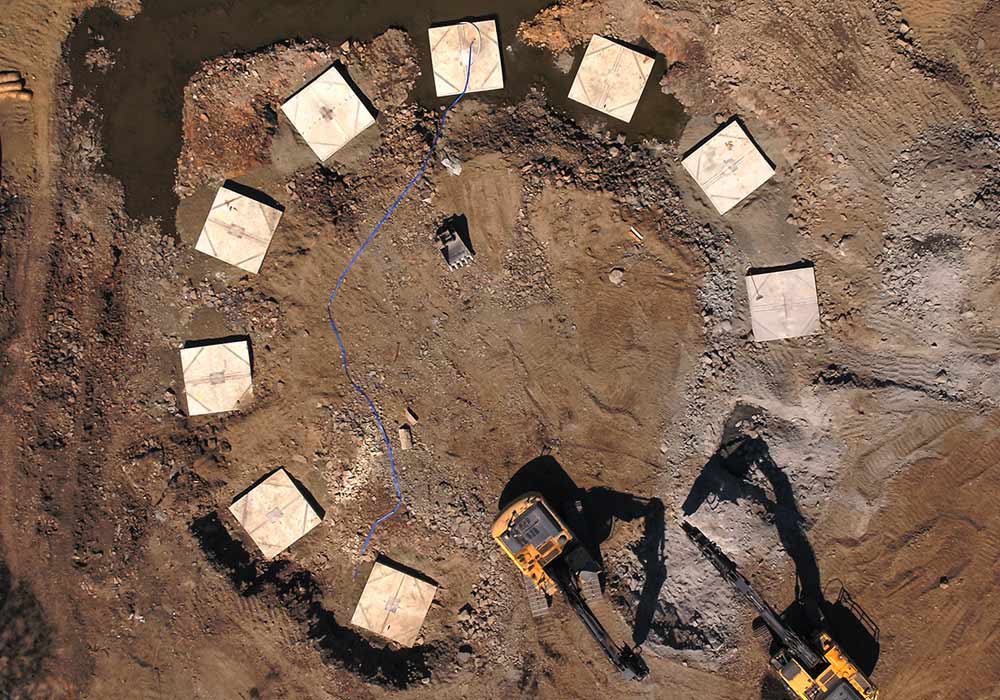 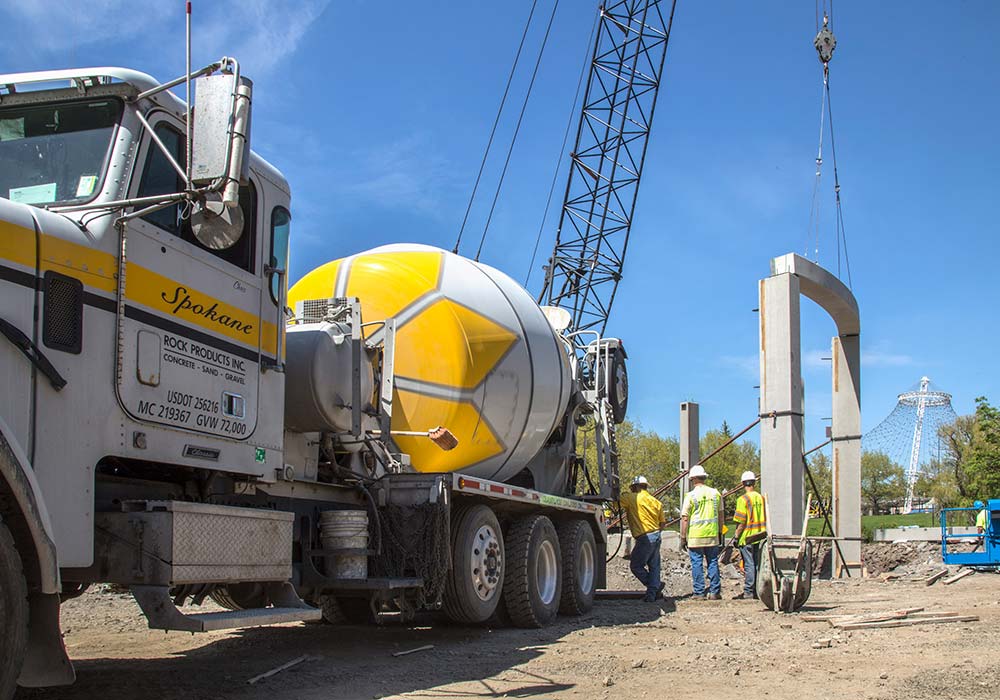 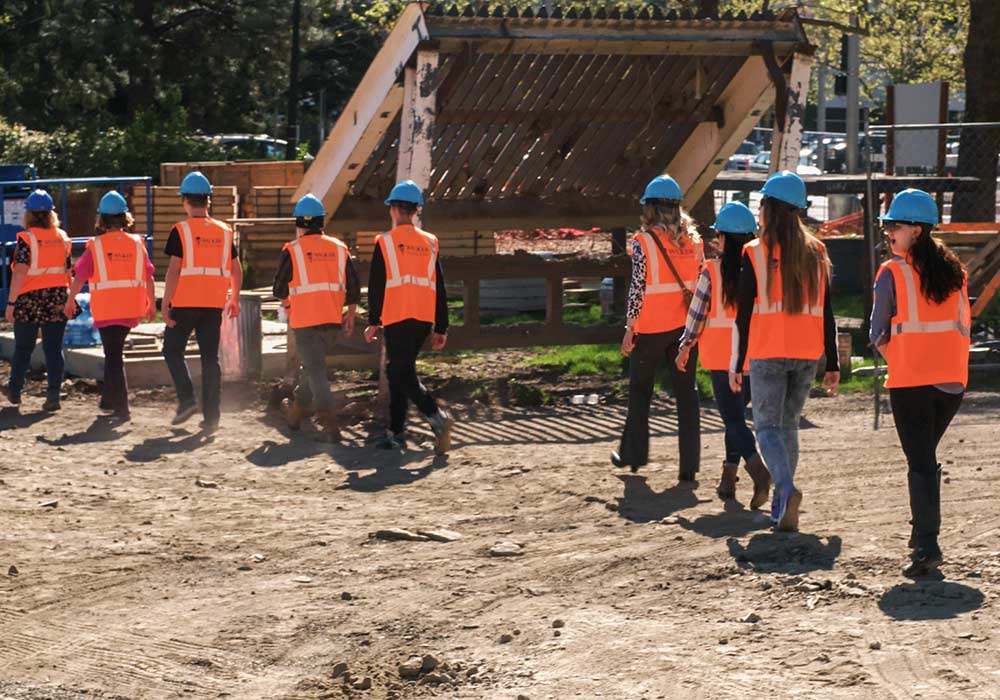 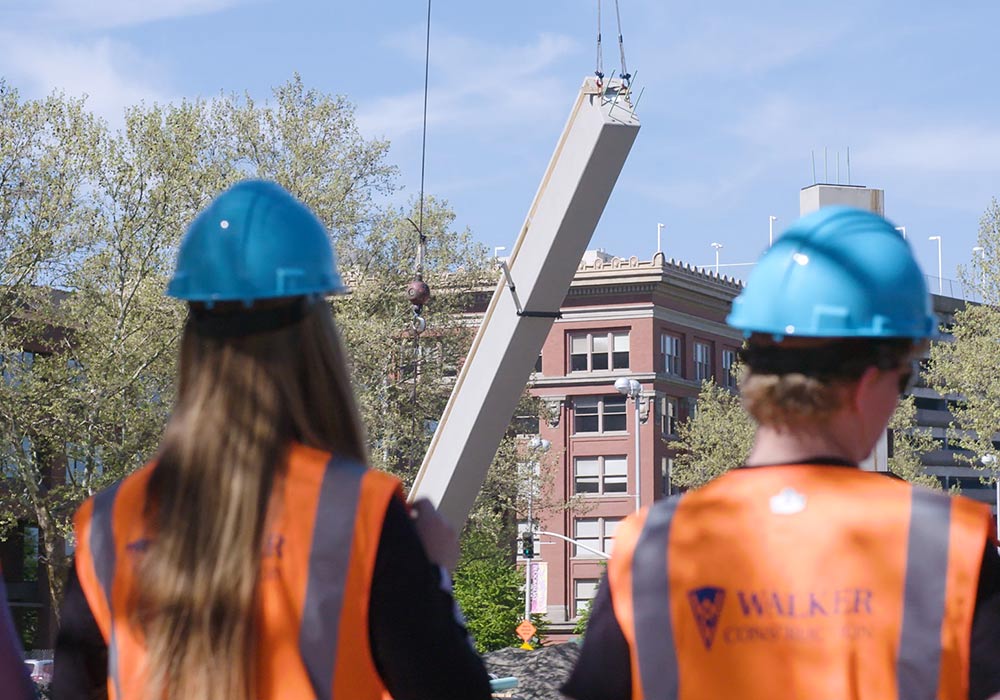